Back to Latest News
May 22, 2017 in
Community Foundation awards surprise grants to library; reports $1.2 million awarded in Halifax County

DANVILLE, VA- A surprise grant of $3,000 was awarded to Halifax County-South Boston Library System by The Community Foundation of the Dan River at a May 22 luncheon for Halifax County supporters and potential donors at the Prizery. The grant is in honor of the Foundation’s 20th anniversary and will be used to enhance and expand the library’s 2017 Summer Reading Program to children and youth in Halifax County.

Halifax County has received more than $1.2 million in grants and scholarships from The Community Foundation of the Dan River Region since it began in 1996.  The complete listing of grants was shared. Information was also provided about the online grant cycle for Halifax County nonprofit organizations which will open in early August at www.cfdrr.org.

“The Community Foundation has tried to help build up charitable resources to benefit Halifax County since The Community Foundation began 20 years ago,” said Debra L. Dodson, Executive Director. Donors, organizations or businesses may start their own endowment funds for as little as $10,000 and scholarships for $25,000. Once a fund is established anyone can make designated gifts to that fund.

While the Foundation works with donors with local ties to establish funds to benefit any geographic area, their primary service area is Danville/Pittsylvania County, Virginia and Caswell County, North Carolina. Donations are also being sought to build up resources for South Boston/Halifax County, with consideration being given to other neighboring counties.

For more information, contact the Foundation office at 434-793-0884 or visit www.cfdrr.org 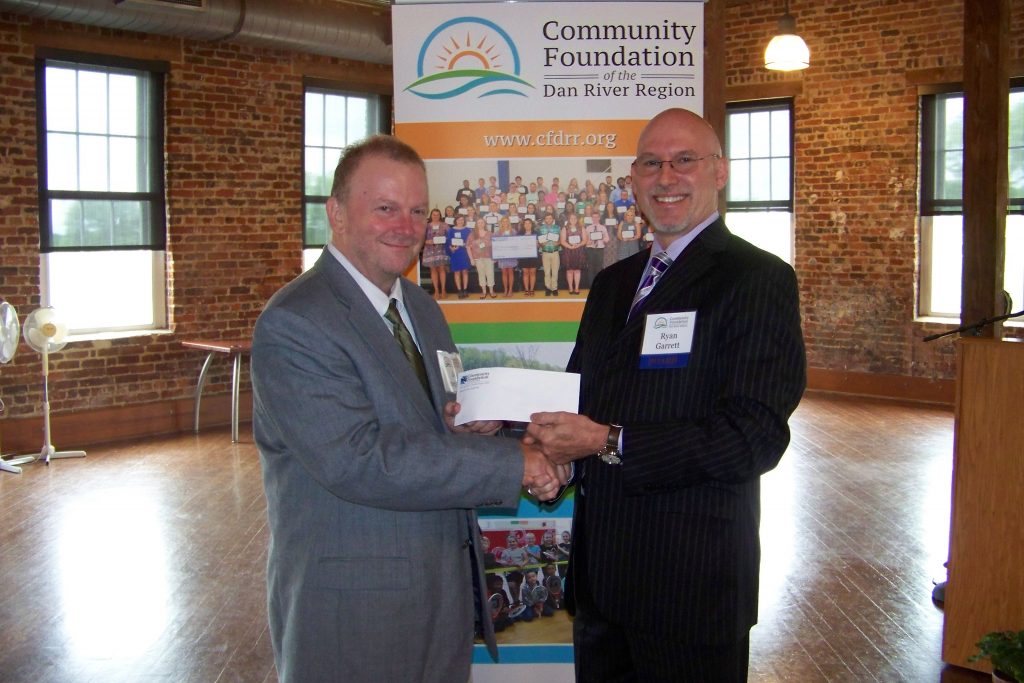