DANVILLE, VA –The Community Foundation of the Dan River Region highlighted its continued growth at its Appreciation Luncheon held Thursday, November 8, 2018 at the Institute for Advanced Learning and Research.

Since 1996—The Community Foundation has received $12.2 million in bequests and awarded $20.2 million in grants and $2.5 million in scholarships to more than 1,100 students!

A special video recognized two scholarship recipients, Danielle Jeffers and Brent Jones, who spoke briefly about how the scholarships they have received over the past years allowed them to attend the university of their choice. Without the help of the Roy L. and Mary G. Doss Scholarship and the Steven Bruce Daniels, Jr. Scholarship, both of which are renewable for four years, Danielle and Brent may not have been able to pursue their dreams of furthering their education. 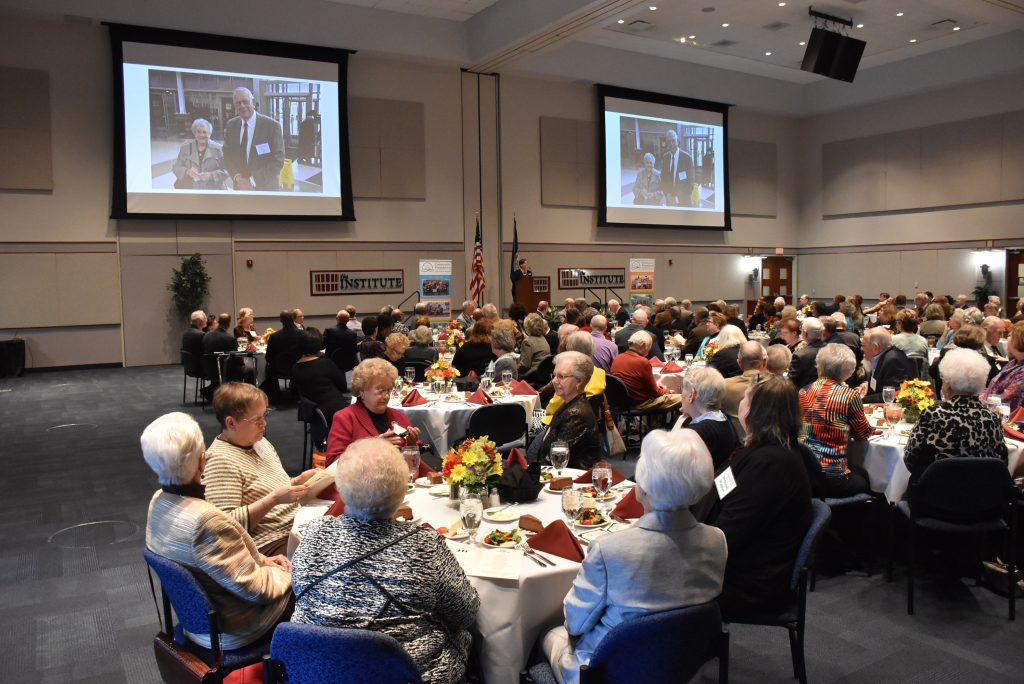